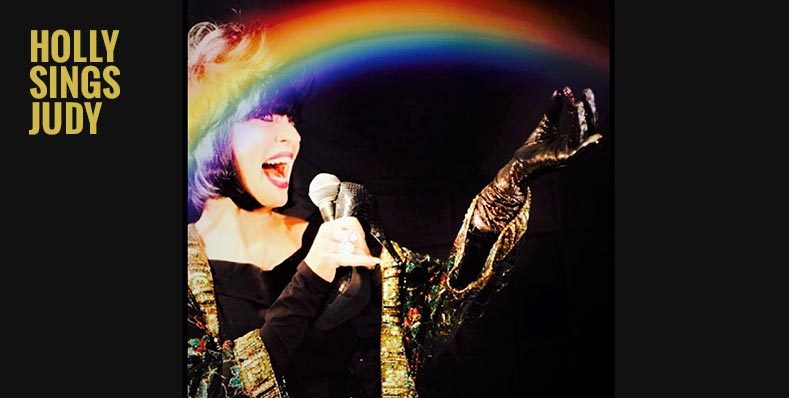 For safety and comfort, as a condition of entry, all bags and coats must be placed in the cloakroom at all times.

“Holly Penfield is more than one fine diva — she’s a whole host of them, and they all look wonderful and sound sensational.” – Sir Tim Rice

Following a sold-out engagement at London’s Hippodrome, and San Francisco’s Feinstein’s at the Nikko Holly Penfield brings her acclaimed show, Holly Penfield sings Judy Garland at the Royal Vauxhall Tavern, Penfield a luminary of the London cabaret scene, will present the songs of the legendary Judy Garland in her own inimitable style.

Holly Penfield, the “godmother” of the London jazz cabaret scene, is a native of San Francisco. She began singing at the age of 12, trained by the legendary vocal coach Judy Davis who coached Barbra Streisand,Frank Sinatra and Sammy Davis, Jr. Moving to Los Angeles, thesinger/songwriter talent secured three record contracts, the most noteworthy being the records she made with Mike Chapman and Nicky Chinn (producers for Pat Benatar, Blondie, The Knack, Suzi Quatro, Exile, and Tina Turner). She recorded five albums of her own material, reaching the American charts.

This will be a one off special performance of Holly’s show at the RVT and we are delighted to host this show and welcome her back to the RVT stage.