➜ As CEO and Managing Director of Royal Vauxhall Tavern, I own and run a vibrant and one of London’s most successful independent companies. We have won many awards in recognition of the diverse cabaret, performance and club night programme of events Royal Vauxhall Tavern provides. Under the About tab – RVT The Story so Far gives a detailed overview of where we are today.

➜ Sold the J/V freehold interest in Nov 2014, in a multi-million pound sale, retained the leasehold interest, transformed the business to generate in excess of £2m annual turnover, reporting 30.75% profit after taxation and in September 2022 placed an independent company valuation/individual shareholding at £2.645M and an EBITDA margin at 38%

➜ For over two decades I was responsible for implementing design, retail and hospitality mix, rent, service charge, operational and marketing strategy in the UK’s most successful shopping destinations, namely Westfield UK portfolio of ten shopping centres, Trafford Centre in Manchester and Meadowhall Centre in Sheffield.

➜Raised in excess of £700,000 through our charity partnership programmes supporting LGBTQ+ charitable causes.

➜ Together with the RVT team, I have an unwavering focus to see RVT survive  and to ensure its reputational status is advanced. 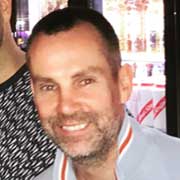 ➜ John is a Director in the company, his career is from a financial and I.T background with Royal Bank of Scotland and hospitality management experience with British Airways. John has responsibility for all Operational Management. 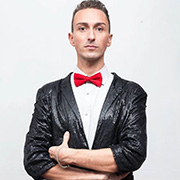 ➜ Since moving to London in 1999 Jason has worked at some of the capital’s premier LGBTQ entertainment venues, in roles varying from general manager to marketing.

➜ In 2011 he was recruited by QX Magazine for the role of cabaret editor. He has interviewed more than 150 artists stretching from LA to Melbourne, and has been a part of the national Drag Idol judging team since 2011.

➜ In January 2015, Jason joined the Royal Vauxhall Tavern team as Social Media Manager. His responsibilities on a day to day basis include the efficient running of all social media platforms (Facebook/Twitter/Instagram) and online engagement with artists and promoters. He prides himself on bringing new and engaging initiatives to the business.